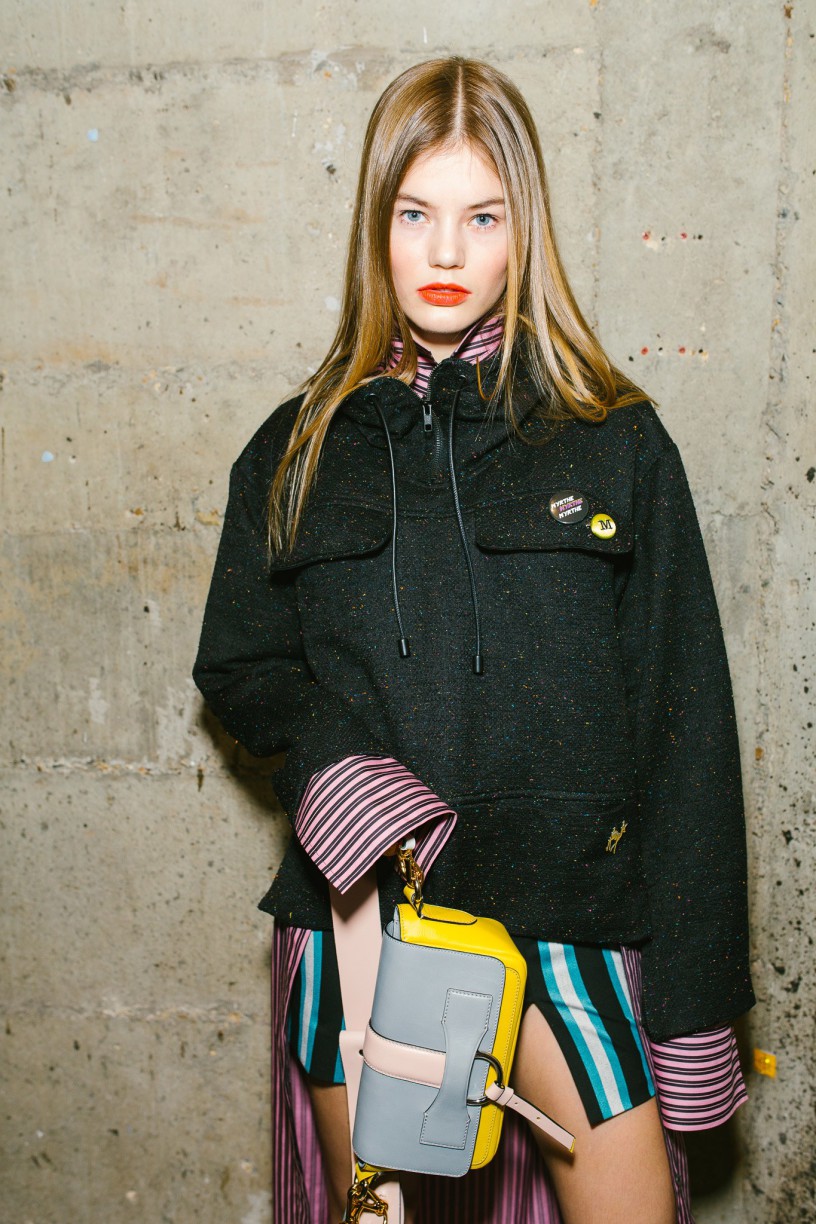 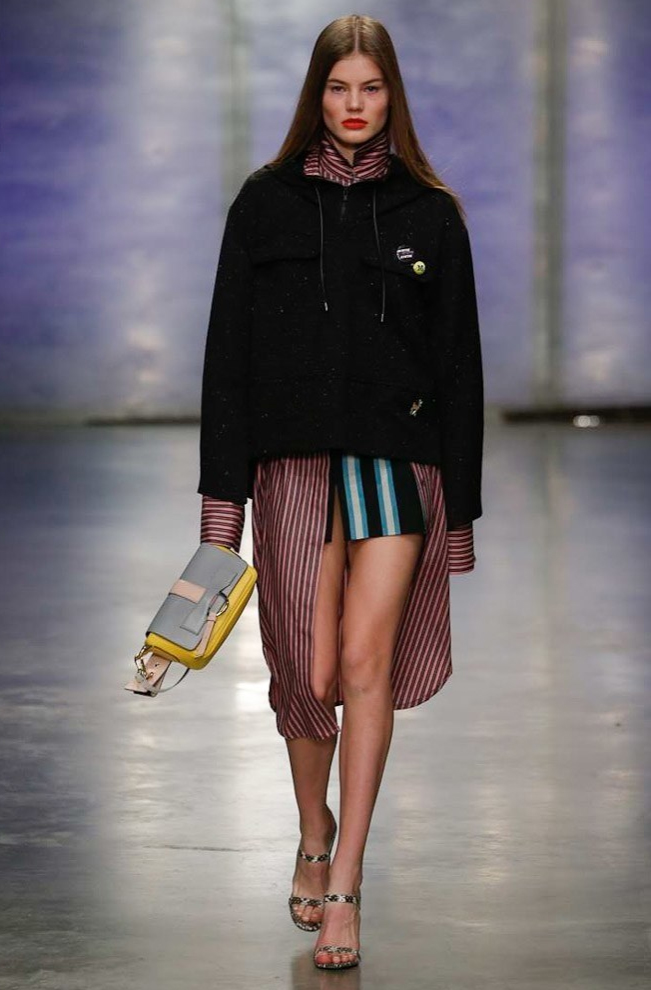 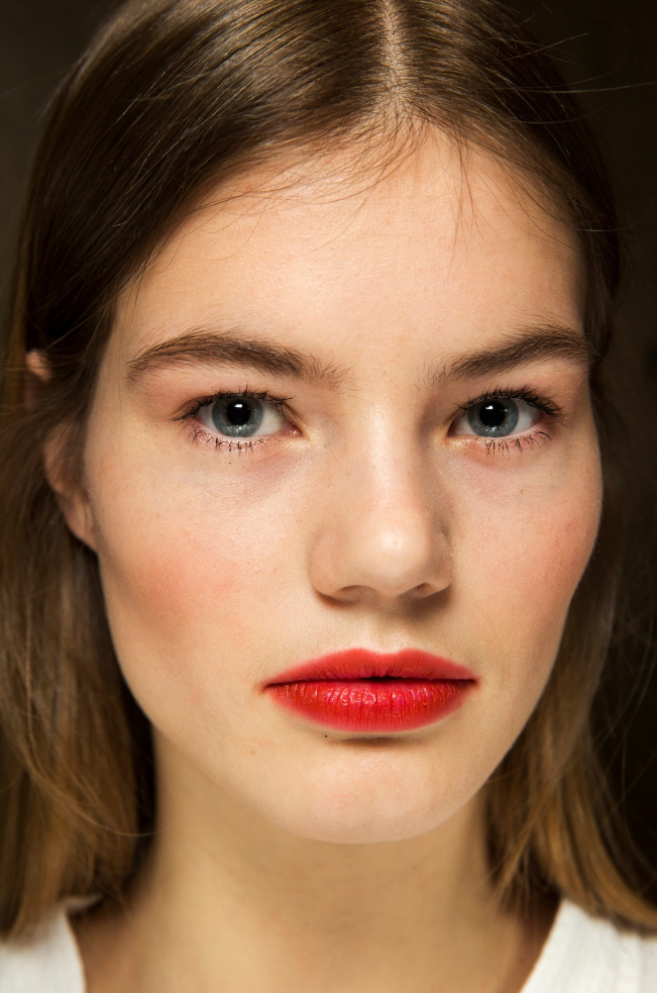 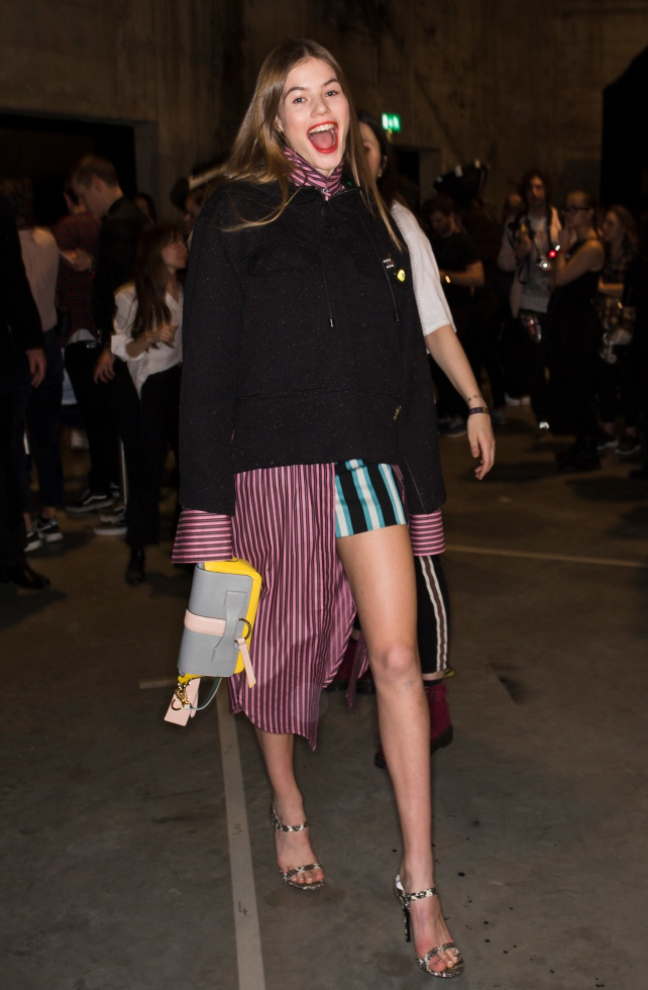 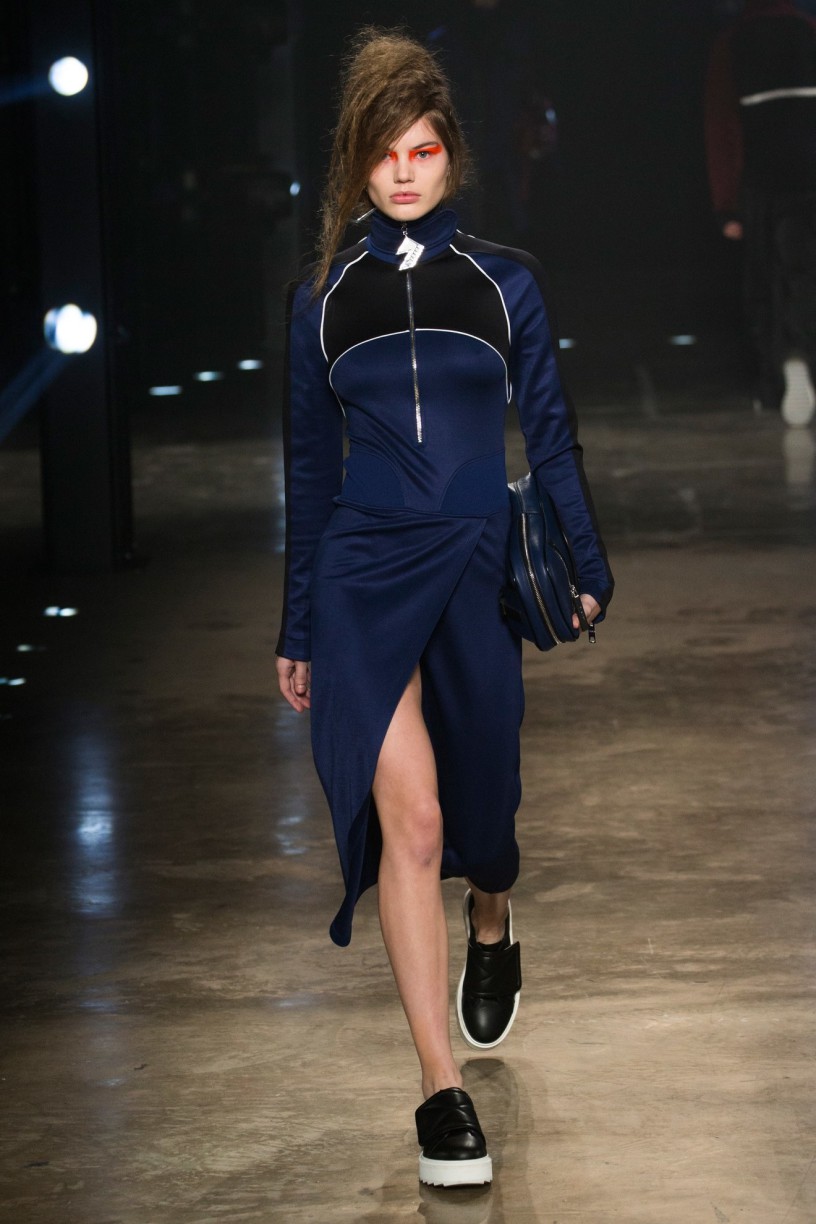 Every model eventually makes her Fashion Week debut, but only a select few have done it alongside supermodels. When Dutch model Myrthe Bolt stepped onto Miu Miu’s runway back for Spring, she did so with big names such as Gigi Hadid, Anna Ewers, and Julia Nobis. The experience primed Bolt for her second show: yesterday’s Versus Versace extravaganza, where she was reunited with Hadid and a host of her favorite modeling stars.

Since signing with Next Model Management in 2016, Bolt has been hitting all the right runway milestones, and London Fashion Week has been a welcome new challenge. Having walked Topshop today, Bolt is energized by what lies ahead. “I wasn’t interested in fashion beforehand, but I’ve started liking it more each day!” says Bolt. Here, the rising star shares what it was like to walk for Donatella, and why modeling is nothing like what you see on television.

“A friend of mine told me I should send some pictures to an agency. I wasn’t really into it until I was eventually scouted! I didn’t know much about the fashion industry before I started. I sometimes saw America’s Next Top Model, where they portray a harsh world, but all the people and models I’ve met [have been] so kind, genuine and caring!”

Walking Versus Versace gave her a supermodel moment.

“I will never forget walking Versus Versace. I was amazed just being surrounded by all the big supermodels. I felt so lucky that I could walk in the same show as the Gigi and Bella [Hadid], Lineisy [Montero] and so many familiar faces! It’s insane, awesome, incredible—there were five people doing my hair at once backstage! I still can’t believe this is actually all happening to me right now. That they gave me a chance to walk the show is like a dream.”

Castings are a waiting game.

“In the castings, there’s not that much excitement! Lots of waiting, waiting, and more waiting but for a good purpose! [I keep] my flask with mint tea in it. It stays warm for so long so I can enjoy it every moment of the day.”

She passes the time backstage with romantic books and songs.

“I don’t prefer a particular book or film, but I generally like the romantic stories with good endings. My favorite music right now? I absolutely love Ed Sheeran.”

“I loved working with the Topshop team this fashion week. I did the looks, so got to know the team better and backstage the show I felt comfortable and everyone was so sweet. [I want to buy] the brown leather jacket from the show. I got to try it on afterward and it was so warm and cozy.”

Her mom keeps her company as she travels for work.

“Eventually, I would like to study medicine. [Right now] when I’m home I like to hang out with my lovely friends and watch TV, but during the times when I’m modeling I love to explore the cities I’m in. Just strolling around in Paris with the beautiful buildings all around me with my mom is what I love the most.” 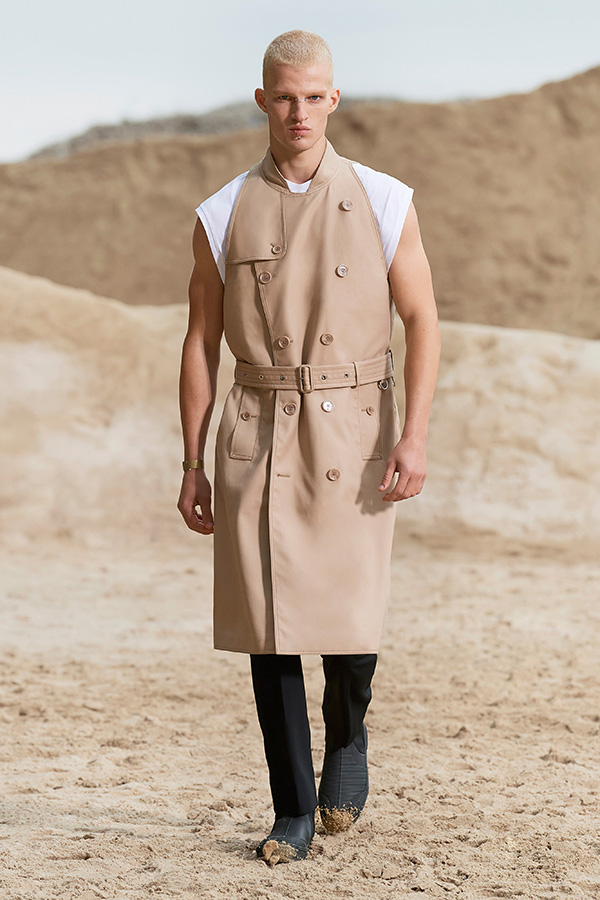 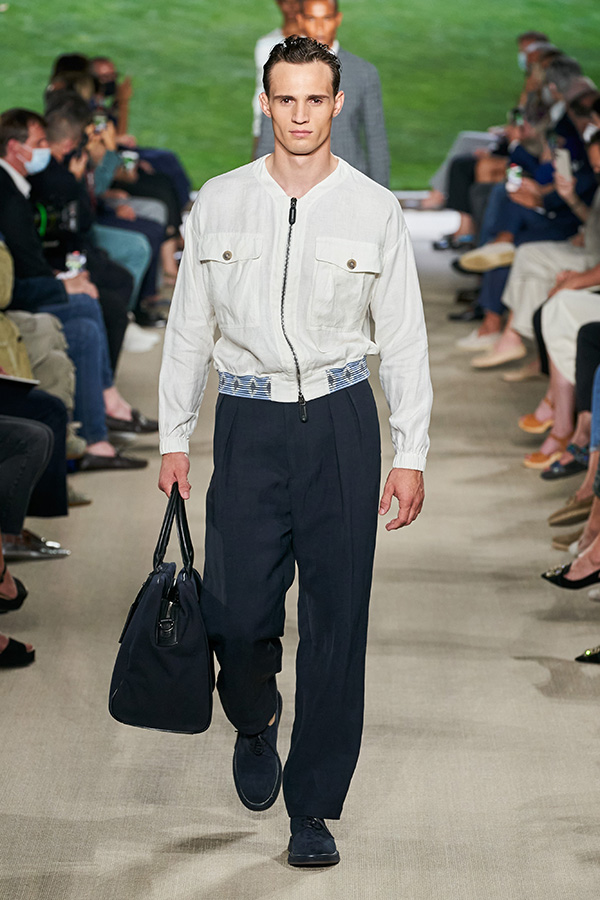 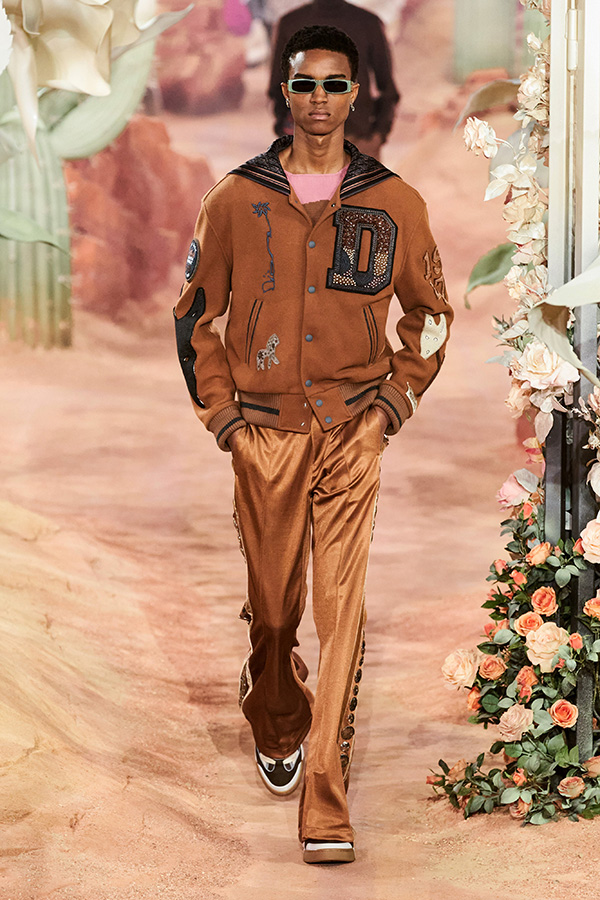 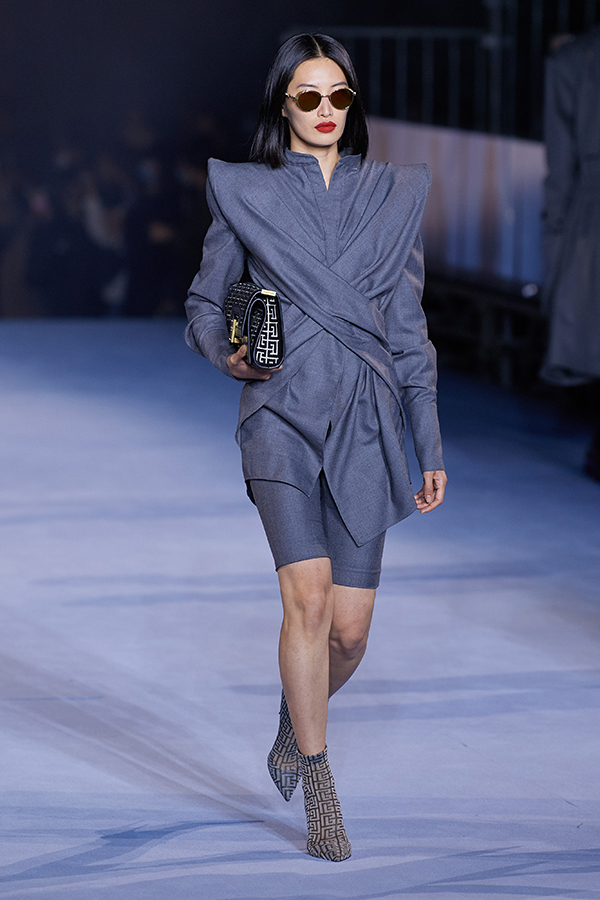 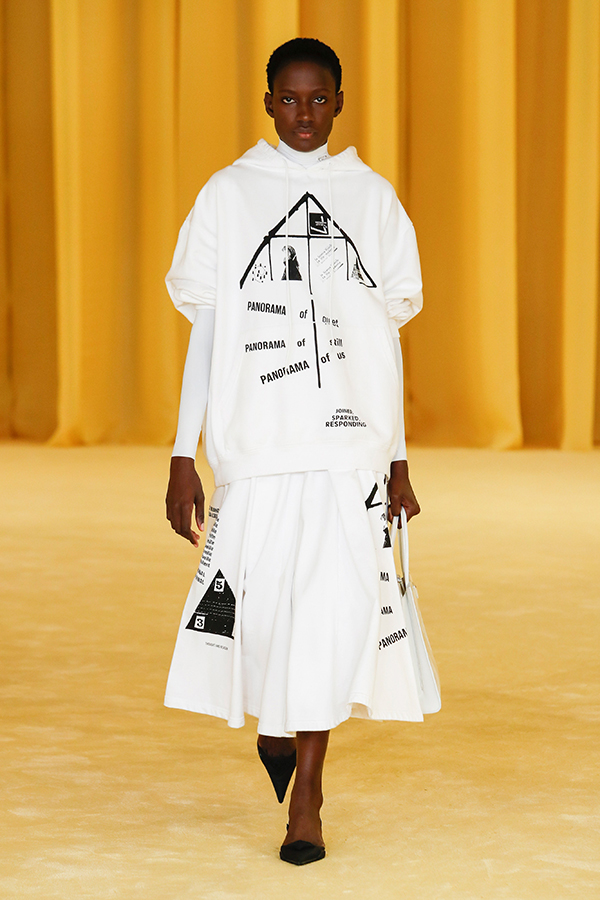